Use this form to request more information about booking speakers, available speakers or to get help finding the perfect speaker or program for your next event.
< Back to search results 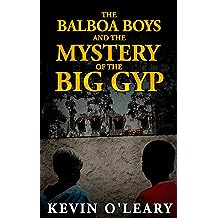 Kevin O’Leary is one of North America’s most successful business entrepreneurs. He is a venture capitalist, co-host of ABC’s Shark Tank and the author of the best-selling book Cold Hard Truth and Men Women and Money.
From modest beginnings, Kevin O’Leary built a company worth more than $4 billion dollars. Since then, he has become an internationally recognized investor, respected commentator, and much more. Kevin’s life experiences have included not only great successes, but also many challenges, adventures, risks taken and lessons learned.

As the son of a United Nations ILO official, Kevin had the opportunity to live and be educated in Cambodia, Cyprus, Tunisia, Ethiopia, France and Switzerland.

After working briefly as an assistant product manager at Nabisco Brands, he left to pursue a career in television production and became a founding partner in Special Event Television, an independent production company that produced original sports programming such as The Original Six, Don Cherry’s Grapevine and Bobby Orr and the Hockey Legends.

Kevin O’Leary co-founded SoftKey Software Products 1986. The first software company to apply the principles of consumer goods marketing to the software industry, it grew quickly as the price of personal computers declined and millions of North American families began to buy software for family education and entertainment.

Kevin O’Leary is the Chairman of O’Leary Funds and serves on the board of The Richard Ivey School of Business. He is a member of the Boston’s 107 year old Hamilton Trust. Kevin is also the entrepreneur/investor co-host for the Discovery Channel’s Project Earth series that explores innovative ways man could reverse global warming implementing large scale geo-engineering infrastructure projects.

Kevin attended the University of Waterloo where in 1977 he received an Honors Bachelor’s degree in Environmental Studies and Psychology. He received his MBA in 1980 from the Richard Ivey School of Business.

In his speaking engagements, Kevin O’Leary delves into what it’s like to be a Dragon and a Shark. Kevin discusses his relationships with the other Dragons, why he approaches entrepreneurs as the ”Merchant of Truth”, and what it takes to get a deal on the show. Kevin’s years of experience as a successful repeat entrepreneur are a value source of insights.

Kevin O’Leary speaks openly about his upbringing, including the important lessons he learned from his parents and from his stepfather. Kevin describes how important those lessons were for his success and how you can learn from them.

Kevin ensures that his audiences understand his fundamental, personal beliefs about success, entrepreneurship, money, hard work, and sales. The ”O’Leary Fundamentals” are important lessons for individuals of all ages, professions, and personalities. No matter what stage you are at in your career, in your business, and in your life, Kevin O’Leary’s speaking events will add value to all of your endeavors.

< Back to search results